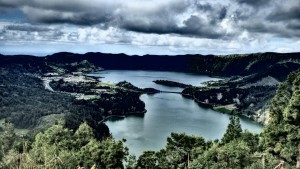 known to be discovered around 1432, the island of São Miguel belongs to the archipelago of the Azores. São Miguel Island is full of different and exuberant types of vegetation, nowadays it is known as the “Green Island”.

Things that you have to taste

Things that you have to taste 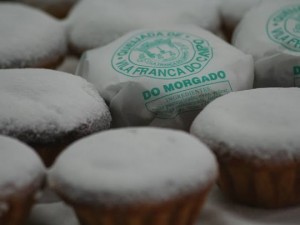 Do you know the origin of the name Azores?

The archipelago of the Azores owes its name to the goshawk (Accipiter gentilis which in Portuguese it’s called Açor), because when the discoverers of the archipelago arrived they thought to see goshawks (Açores). It is the bird shown on the Azores flag.

Later, they concluded that the birds were, after all, a local sub species of the round-winged eagle (buteo buteo), nowadays called by the Azoreans of “milhafres” or “queimados”.

Another theory points out that the Azores comes from the name Azzurro in Italian or Azureus in Latin, which means Blue in Portuguese, as a reference to the blue sky on a bright and clear day when discovered far away from the islands. This theory is supported by another one that affirms that the islands of the Azores already appeared even in Genovese nautical charts of the 14th Century.

We have many more stories to tell, come visit us and discover the Atlantic Ocean’s best kept secret.

The Legend of the princess and the shepherd in the kingdom of Sete Cidades is an oral tradition of the island of São Miguel in the Azores. It’s about the origin of the lagoons of the caldera of the volcano of the Sete Cidades that, although united, have two different colors, being one green and the other blue. This legend is part of the legendary complex of Sete Cidades, an ancient and mythical kingdom, lost somewhere in the great western ocean sea.

The kings of this enchanted land had a beautiful daughter who did not like being trapped between the castle walls and went out every day to the fields. She loved the green and the flowers, the song of birds, the sea on the horizon. She wandered through villages, hills, and valleys.

During one of her walks in the fields she met a shepherd, the son of simple country people who came from work with his flocks. They talked almost an entire afternoon about the things of life, and saw that they liked the same things. From this delayed conversation came love to be born and they met each day, swearing eternal love.

Nevertheless the princess already with the destiny traced by her parents she had her wedding arranged with a prince of a neighboring kingdom. And when her father heard about these meetings with the shepherd, he tried to forbid them, granting them an ultimate meeting for farewell.

For the future lies, legend has it, that if the two lovers could not live together forever, at least the ponds born of their tears were forever together, they never separated.

The Azores have many legends in their oral tradition that are told from generation to generation, visit us and come to know this and other enchanted legends. 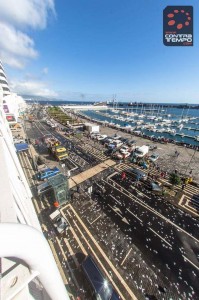 Did you know that the Azores also have their Carnival traditions? Have you ever heard of the Battle of Limes?

Well, if you want to go to the Azores during Carnival, you can expect an island party full of revelers and well-disposed people where the fun is more than guaranteed.

The highlight of the São Miguel Carnival is the traditional Battle of Limas, which takes place on Tuesday Carnival and takes to the edge of Ponta Delgada thousands of people in trucks or on foot who try to water those who pass and fight each other by transforming the seafront on a water battlefield, in a unique tradition in the country. The battle began to be of flowers, which later were replaced by files, that is, small paraffin containers produced by hand to fill with water. But these containers have been giving way to plastic bags as weapons of combat. In addition to the fighters in the trucks there are also those who choose to fight on the ground, with bags of water or files to “shoot” over who dares to pass through the place.

In addition to the Battle of the Limes, Carnival is celebrated in various places of the island with the traditional ball dances filled with glamor in the Coliseu Micaelense, as well as masks and costumes all over the island.

So if you are thinking about where to spend the next Carnival, remember that in the Azores you will have the opportunity to know a unique tradition that you will surely remember. 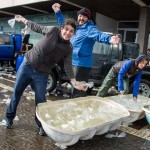 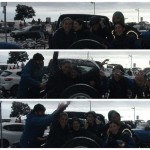 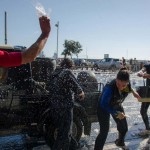 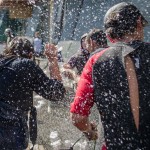 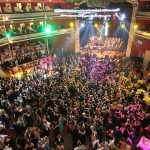 The Thursdays before Carnival

The four Thursdays before Carnival 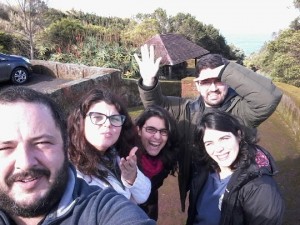 It is a tradition that values the union and the interaction between people, to which the celebrations have gained from year to year more and more adepts and dynamism.

These days end up fortify the bonds between people, but the most uniqueness of this phenomenon is the separation of the genders, making connections in which they are shared with friends (male), the following week with ladies and then compadres and comadres. 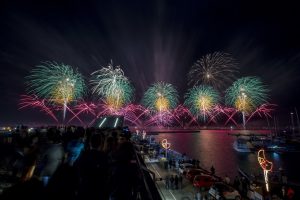 New Year’s Eve is always a great excuse to travel and spend a few days vacationing in a different destination. The Azores are undoubtedly one of the good destinations to travel at this time of year and the city of Ponta Delgada on the island of São Miguel, one of the beautiful cities to visit, usually has programs for New Year’s Eve quite lively where joy and good mood is something that never lacks.

One of the traditional events for a great start to the year is the Grand New Year’s Eve Ball at the Coliseu Micaelense, where there are usually known and lively bands for the date.

At Portas da Cidade, there will also be a place for outdoor concerts, starting from around 10pm to midnight, giving way to a fireworks festival associated with the traditional celebration of New Year’s Eve at the Portas da Cidade.

The must see areas

The must see areas are Sete Cidades, Lagoa do Fogo Area, Furnas and Nordeste. It is difficult to see them all in one day, mostly with the back trails and amazing hidden views you would take a day or half day for each place.

Sete cidades and Lagoa do Fogo are the areas with more 4WD trails nature and out of the normal turistic routs, also  In either places you have the opportunity of enjoying thermal baths. In Sete Cidades rout you have Ferraria , in Lagoa do Fogo you have Caldeira Velha or caldeiras da Ribeira Grande and in Furnas you have Terra Nostra Garden or Poça da Dona Beija thermal pools.